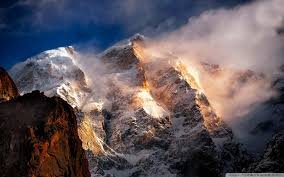 “The wind blows where it chooses, and you hear the sound of it, but you do not know where it comes from or where it goes. So it is with everyone who is born of the Spirit.”

I met Wendy Paige at Drew Theological School, a tall and powerful black minister, with an up-front spirit. She was exceedingly friendly and enthusiastic, a powerful orator of the Christian faith. She came to me one day to ask about coincidences that were happening in her life. “Do you have them?” she asked. I said, “All the time.” We continued the conversation with her asking how I knew it was God speaking to me through those seeming coincidences. I replied, “I am a math person, so I used the laws of probability to discern. If it happens once it could be a coincidence, but when it happens many times it is the Spirit.” These moments of unusual events were common to both of us.

Wendy would pray frequently, and frequently she would get an answer. An answer that was always better than she’d expected. And sometimes an answer that was revealed in a way so unusual that it was startling. Many people would tell her that such an answer was just a coincidence. But the events continued and they filled her faith. Her question to me was more of confirmation; she knew the answer, it was the Spirit. The Spirit spoke with her because she spoke with the Spirit. Her experiences over time overwhelmed the outside world’s knowledge. The physical world could not explain these events, other than to say they were coincidences.

“Jesus says that when we live with the Spirit, we see God at work.”

Jesus, near the end of the dialogue with Nicodemus, explains this phenomenon by comparing it to the wind. Jesus says that when we live with the Spirit, we see God at work. We see God’s influence in our lives. We see that the events of our lives are not just random, but are a well-crafted response to our prayers. We begin to expect them. We begin to see them not as our desired answers, but as reflecting God’s desire for us. They are always unusual and very personal. Answers that only we can recognize. Answers that are so extraordinary and intimate they defy the laws of probability.

“Wendy felt the wind. She felt it because she answered the compelling voice of the Spirit.”

Wendy felt the wind. She felt it because she answered the compelling voice of the Spirit. She prayed and engaged in a spiritual dialogue. A deep and rich dialogue with God. Her heart was ready for answers and they appeared. Maybe through a random Bible verse. Or maybe through an innocent conversation. Or even maybe by an unexpected visitor. They were always unusual, deeply personal, and responsive. They were real for Wendy. The answers connected together over time defied the laws of probability. The coincidences became overwhelmed by math.

It’s About the Smiles, not Just the Miles Scroll to top