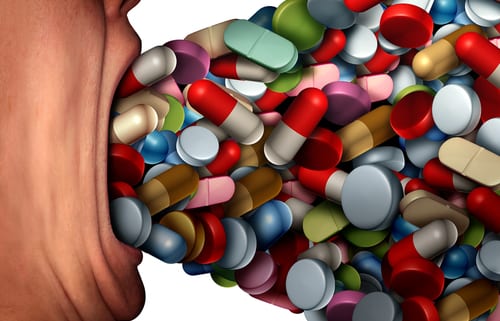 Originally published in The Reactionary Times

I am the light of the world. Whoever follows me will never walk in darkness, but will have the light of life. John [8:12]

There is a high cost to unethical behavior and hiding the truth from the light of the day, as Purdue Pharma just found out. They paid twelve billion dollars in fines, have recently filed for bankruptcy, and it owners paid another 1.5 billion dollars in fines as well. They were the makers of Fentanyl and Oxycontin—lethal drugs that are highly addictive and have destroyed hundreds of thousand lives.

Each of the last few years, well over fifty thousand people have died from drug overdose. Many received these drugs first in doctors’ offices, then transitioned to the street when they became hopelessly lost in the spiral of drug addiction.

The owners of Purdue had told Congress years earlier: “These drugs are not habit forming.” They doctored test results and lied to Congress. Over time their ruse was exposed. Some estimates put the death toll from addiction and overdose as high as a quarter of a million people in the last five years. Those lives were destroyed because of greed. Beyond the death toll, it is estimated that the current drug scandal could end up costing the American public hundreds of billion dollars a year. Last year alone, the burden was seventy-eight billion.

To put this scandal in perspective, the Bernie Madoff Ponzi scheme cost Americans thirteen billion. The Enron scandal cost Americans roughly seventy-eight billion. Prior to the opioid crisis, these were the two largest financial scandals in American business history. The Opioid crisis is far bigger, both financially and in its human toll.

Yet this scandal isn’t making the headlines that Enron or Madoff did. These criminal actions need to see the light of day. They need to be discussed and analyzed. This crisis is the biggest we as a country have ever had to face.

We must ask: where were the regulators who are supposed to be protecting us? They had received the data many years before. Why is this crisis buried on page two or three of newspapers? Why has it been mired in darkness and not been brought forward into the light for so long?

Thankfully, the Attorneys General of forty-eight states have filed lawsuits to bring this issue forward. And not only against Purdue Pharma but also against well respected companies like Johnson and Johnson.

Three years ago, at a social gathering, I was talking with a person who had worked in drug industry sales. He made it clear to me that he’d left his previous job because of the drugs his company was selling. He didn’t like what they were doing and went to work for another company. This scandal was already well known in the corridors of most of the drug companies that are now being sued. Yet people continued to die.

There is one root cause of this scandal: driven by greed, the facts never made the light of day until it was too late. They’d remained concealed in the darkness of corporate labs and hallways. Salespeople were making big bonuses and owners big profits. They eventually got in so deep they couldn’t turn around.

Like most scandals, it starts with a little lie and then builds. Executives got used to the big bonuses, the fancy houses, and vacations—their lifestyles supported by a house of cards that they couldn’t tear down. They were trapped by their own greed and an unwillingness to walk away.

They hadn’t learned the lesson taught so many times in history: “Today’s dollar is cheaper than tomorrow’s dollar.” The time to get out was at the beginning and to say we made a mistake. Instead, the problem grew and, as with most scandals, the cover up became bigger than the facts.

Many of these executives are going to jail over this, and the result will be broken families and the innocent victims who will continue to die.

It is frustrating when I am frequently told Christianity and business don’t mix. They do! Jesus said, “I am the light of the world. Whoever follows me will never walk in darkness, but will have the light of life.” This is good business advice—whatever you do that you can’t speak about in the light of the day, you need to turn around and stop.

Imagine if the business world used the lessons of Christ in their moral codes, instead of silencing those who believe. Christian principles shouldn’t be left buried at home; they should be brought into corporations. The Christian principle of “Do unto others as you would have them do unto you,” is a great business principle as well.

Dr. Bruce L Hartman, Christian Author and Story Teller. A former Fortune 500 CFO who left the corporate world to engage in a ministry of “Connecting The Lessons of the Gospels to the Modern Life.” His life mission is “Helping People Walk into a Brighter Future.” He is the author of Jesus & Co. and Your Faith Has Made You Well. Visit www.brucelhartman.com.

The Opioid Epidemic: A Curse On The Innocent

Is Kanye’s Christian Declaration Real, Or a Publicity Stunt? Reactionary...
Scroll to top