Christianity is Growing Despite Worldwide Persecution 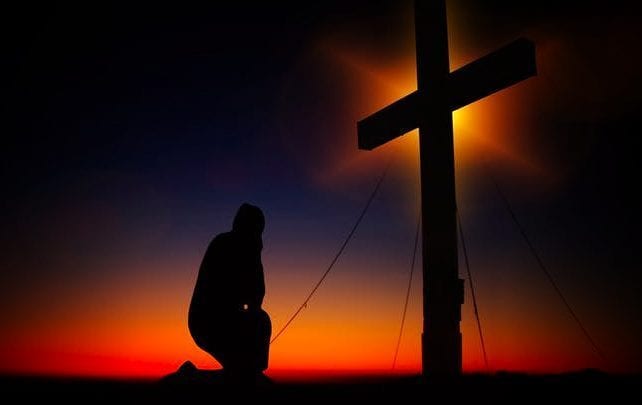 Many Christians are attracted to being loved by Jesus. However, with this powerful statement, that while theologically true, there is also a price to pay. Sometimes a price of changing a lifestyle, changing friends and in some cases enduring persecution. Publicly, just being a Christian will sometimes offend. Choices that has to be made to accept Jesus’s love fully.

Consider that 245 million Christians around the world are severely persecuted or one in nine, according to The Open Doors organization. In places like China, Christians are arrested for simply attending church. Forcing many to seek underground worship, similar to the early Christians in Rome. In the Middle East, Christians are not only arrested, but in many cases chased down and murdered. In India and Pakistan, Christians are a small minority and are treated as second class citizens.

Yet Christianity is growing, despite erroneous reports of its decline by our national media. In fact, by 2050 Christians will grow from two billion to three billion worldwide, according to Pew research. An amazing statistic when you consider the extent of worldwide persecution. God is not dead yet!

It isn’t fashionable to be Christian, certainly it won’t gain you fame on social media or in the press. Good news stories don’t sell. Even in America, political correctness has also forced many to hide their faith. It isn’t always ”Cool” to be Christian.

You won’t read about Bob Dylan’s conversion in a hotel room in 1978, where he felt the physical presence of Jesus surround him. Later, over a three year period, Dylan became a devout Christian. His later songs, like “Slow Train” contains the remarkable lyrics of his faith.

You won’t read about Alice Cooper’s own conversion process. Prior to this conversion, we certainly knew about his debauchery and drunken behavior. But convert he did. He will tell you that he would long have been dead from alcoholism many years earlier, without this conversion.

Or what about Sherrie Shepherd, the famed comedian, who gave up her stand-up comedian life to follow her faith. Her use of vulgarity in her stand up routines was inconsistent with her belief. So Sherrie gave up stand-up comedy. Today, despite protests from her producers she still says, “Thank you Jesus.” While she readily admits she is less than perfect, her path to Christianity was uneven and filled with mistakes. But now she is there.

The backstory on the Apostle Paul, is similar. Many might not know, he was the chief prosecutor of Christians in the first century, before his conversion. His days were spent chasing down early Christians and handing them over to the authorities. Later Paul became a prominent contributor to the Bible, writing or being attributed to thirteen books in the New Testament.

Christians aren’t perfect and few would profess to be. Like my friend, Rich. A pastor in a start-up church in New Jersey. Once a successful pastor at a large church, he fell and gave in to temptation. He was fired and abandoned by many. Forced to work for a few years at barely a living wage, he recovered. A few loyal friends watched him grow and accept his lot without complaint. Today, he has restarted a church that is growing. He has paid his price. You won’t read about Rich as a turnaround story, but he is and we his friends, admire him.

You won’t read about Lou Strugala, who gave up his career as a contractor to become a minister. Lou got to a place in life, where he had no other place to turn but Jesus. Lou isn’t well educated and as a good friend of ours says about Lou, “The thing about Lou is that he has a very big heart, that sometimes is exceeded by his mouth.” Sure Lou gets himself in trouble here in there by over speaking. But on every Sunday, he ministers to three churches. He is the Chaplain for many First Responder organizations in New Jersey. He will never receive fame, he simply serves his Lord and neighbor.

In my new book, “Your Faith Has Made You Well,” I included dozens of similar stories. My goal is to inform and bring to light the wonderful soldiers of Christianity who faithfully live a life of doing good.

Being a Christian and accepting God’s love comes at a price. For some it means severe persecution. You won’t read about the global persecution; most Christians pay their price for Jesus silently and with honor. You have to search hard on Google to find their stories.

For some, it is reconciling their lives with that of Christian behavior. Which in turn means giving up fame. Many have led a difficult life before they changed. And in a society that sometimes can’t forget the past, their futures are hard. Often times being a Christian means giving up valuable resources.

For some, it means leaving a comfortable world to the unknown. Where they live a life having faith in the unseen.

Christianity does have a history on some horrible associations. Martin Luther was an anti-Semitic and once called the pope the “Antichrist.” There was the Thirty Years war, where one quarter of Germany died, over religious fervor. Certainly, the Catholic Child abuse is a black mark, as was the over zealous colonization of indigenous people. These were the acts of imperfect people, but not the acts of Jesus.

But we also need to remember, it was the Catholic’s who died in the coliseum of Rome for their faith. Or Franklin Graham whose organization Samaritan’s purse sends out millions of shoe boxes filled with Christmas present to the homeless and desperate children of the world. Mother Teresa, whose organization served the “untouchables” of India. Or the Athletes for Christ, who pray after every football game, but aren’t shown, because they do did stand for the national anthem. There are thousands, no billions of other stories of people who have paid the price for Jesus. They need to be remembered as the soldiers of faith they are.

Being A Christian means paying a price for Jesus’ love.

Dr. Bruce L Hartman, Christian Author and Storyteller. A former Fortune 500 CFO who left the corporate world to engage in a ministry of “Connecting The Lessons of the Gospels to the Modern Life.”  His life mission is “Helping People Walk into a Brighter Future.” He is the author of Jesus & Co.  and Your Faith Has Made You Well.

Mr. Rogers and His Neighborhood Could Help Change America’s Discourse of ...

Press Release: Your Faith Has Made You Well Released Today, Sept. 3, 2019
Scroll to top