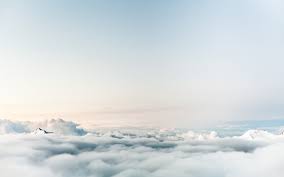 “The women were terrified and bowed their faces to the ground, but the men said to them, ‘Why do you look for the living among the dead? He is not here, but has risen.’”

In the business book Who Moved My Cheese? there are four characters: two mice, Sniff and Scurry, and two humans, Hem and Haw. Each day the four went to a cheese pile and ate. Over time the pile dwindled and eventually disappeared. Hem and Haw, while noticing the pile was dwindling, did little to find more cheese. Sniff and Scurry set out and found a new cheese station. As time moved on, Hem and Haw became terrified, and resorted to anger, denial, and blaming to account for their situation. They debated and discussed their next moves, but couldn’t get themselves to move.

“What would you do if you weren’t afraid?”

Over time, as hunger became a real issue, they eventually started looking for a new pile. The process was laborious and tedious. They debated endlessly their various options. Eventually, Hem found the pile that Sniff and Scurry had told them about, called Cheese Station N. As their mindset began to change, Hem and Haw created quotes like “What would you do if you weren’t afraid?” and “When you move beyond your fear, you feel free.” Slowly, over time, they began to reframe their view of life and to recognize the need to constantly look at things differently.

“The Angels reminded the women that Jesus had told them that on the third day he would arise.”

The women had arrived at the tomb of Jesus and found his body missing. Two angels suddenly appeared and the women were terrified. They had been looking for a body and it was gone! All they had known was in disarray. Where had the body gone? The angels gave them a clue, that Jesus was among the living and not the dead. He had risen. The Angels reminded the women that Jesus had told them that on the third day he would arise. They had heard this directly from Jesus, but hadn’t understood him. When he had spoken to them, what he said didn’t fit with what they had previously experienced. It was too hard to comprehend. But now they saw it and remembered his words.

“When you move beyond your fear, you feel free.”

Life is like this a lot. Change is inevitable. Those of us who can reframe the events of life quickly, move quickly. While others of us remain terrified of change. We stay rooted in the past and take on a cynical view of the change. We hem and haw about why we have to change. We resist, but change is inevitable. The more we resist, the greater our fear. The story of the risen Jesus changes this paradigm. It invites us to embrace change. As Haw said, “When you move beyond your fear, you feel free.” This is true with both the Resurrection and the smaller events of our lives. The Resurrection is a reframing of our relationship with God. A God for the living and not the dead. A hopeful future with Jesus. In the smaller events of our lives, this is true as well. When we reframe our circumstances, we reframe our actions. Many times it is fear that holds us back. Moving past this fear reframes our future.

What is our biggest fear?

How does a different perspective help with our fear?

Is our fear real?

Do You Use God or Does God Use You? Scroll to top