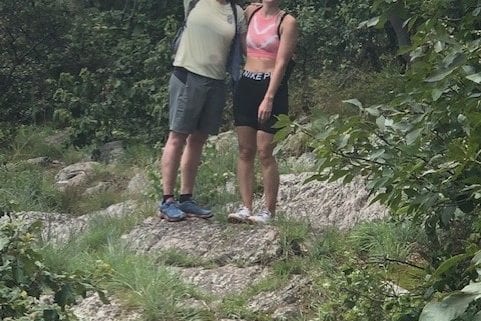 Leave No Trace, The Seven Rules of Life on the Appalachian Trail 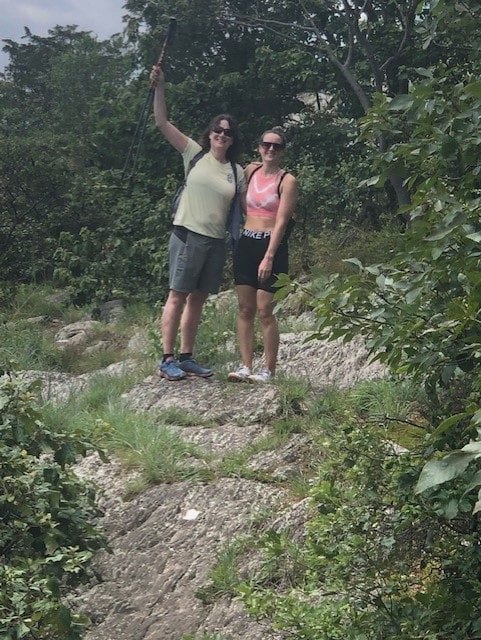 While walking the trail in New York with our daughter, Taylor, I realized that one of the important lessons about walking this trail, was to “Leave No Trace.” There are no trash cans on the trail, maybe some at a trailhead. But as hikers we are asked to carry out our own trash. As part of the literature produced by the Appalachian Trail Conservancy, it highlights these rules. There are seven rules.

The first is Plan Ahead and Prepare.

This means to know where you are going and prepare for extreme weather. Simply, let others on the outside know where you will be and to know the weather and terrain. This rule is designed to avoid the impact of being rescued. While in the Smokies we witnessed this first hand. A major storm was brewing and winds of over sixty miles an hour would occur, along with severe cold and snow. It was a surprise storm and thankfully we were prepared and able to flee from the storm. Others weren’t as lucky and some had to be rescued.

The second is Travel and Camp on Durable Surfaces.

Essentially stay on the marked travel or camp in existing/designated spots. By doing this the existing fauna and vegetation is undisturbed. It meant many times we had to walk in small groups and single file. For the most part of all the existing campsites were well marked. This was a rule we seldom saw broken and showed the respect for nature by the hikers.

The third rule is Dispose of Waste Properly.

Simply, pack it in and pack it out. But it also meant that when you had to go to the bathroom outdoors away from designated areas, clean up when you are done. Put human waste in a six inch hole that you dig with a trowel. As well as, be at least two hundred feet from water.

I usually carried a plastic bag and would put my paper waste in a bag, along with litter I found on the trail. Disposing of the bag when I found an appropriate receptacle. Interestingly, away from the roads or trailheads there was little litter, speaking to the respect other hikers had for the trail.

Hikers love campfires, but they can be dangerous. Generally there was a campfire ring at most of the campsites, and that is the place to have a campfire. But also to keep it small and only include sticks that can be broken by hand. As well as, ensure the fire is out before you leave and diffuse the cooled ashes. It also means not bringing wood from home, as this might introduced pests or other diseases that could affect the environment.

The fifth rule is Leave What You Find.

In other words, examine but don’t take, including rocks! It also means to not build structures or dig trenches. If you have been away from the trail for a while, to clean your boot soles. Simply, leave the environment the way you found it.

The sixth rule is Respect Wildlife.

This includes not feeding wildlife or leaving food when you leave. Habituating animals to food is dangerous for them and fellow hikers. Bears in particular become easily attached to food and will become more aggressive. Sometimes it means waiting a few moments for a snake to leave the trail or a deer to stop feeding. We actually had to wait ten minutes once for a deer to clear the trail before we passed. Never approach any wildlife and always observe from afar.

The seventh rule is Be Considerate of Others.

Simple things, like on a single lane trail allow the uphill hiker to pass. If on a flat stretch be the person who stands aside. Keep pets under control and especially with dogs, have them on a leash. The hikers we met with dogs were especially courteous. We only had one encounter with a dog that made us leave the area. A trail friend named her “Lady Barksalot.” In camp she would bark constantly and was hard on her owners. She was under two and it was her first experience on the trail. The owner acknowledged she needed more training.

For the most part these rules were well followed.

However, there was one event which showed why these rules were important. As we were walking we met a man who informed us there was a bear on the trail who wouldn’t leave. While he was excited that he got a video of the bear, a rare feat, he was nervous and asked if we would walk with him by the bear. My instincts told me to say no, and instead we stopped for lunch. We went to a nearby shelter and it was there we discovered why the bear was stubbornly hanging around.

A group was using the shelter as a campsite for day hikes and left their food hanging from trees. While they were away the bear smelled the food and came to investigate. Bears have a keen sense of smell and can pick up a scent from miles away. If the group had taken their food with them, the bear would not have visited the area. Bears are naturally shy and will avoid human contact. So even if you are carrying food they will avoid any interaction. But food left alone, is an invitation!

Leaving food for a bear to find is both dangerous to the bear and other hikers. As the bear gets used to the food they become more aggressive. They become a threat to themselves and others.

When we arrived at Harpers Ferry, before we could get our hikers badge at the Appalachian Trail Conservancy center, we had to pass a test on Leave no Trace. Luckily we passed with a little help from the examiner.

I would say from my experience these last few months, those who walk in the wilderness, respect the wilderness. A powerful statement about their sense of responsibility to keeping nature uncluttered.

A Man of Great Courage

Faith and Distractions Scroll to top