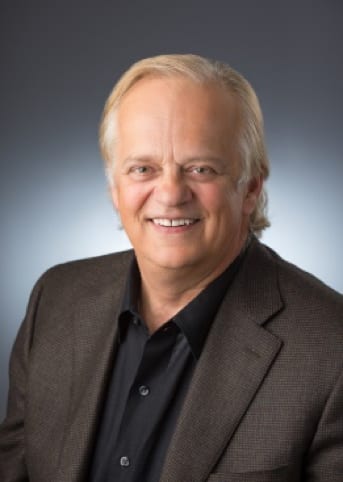 REACHING THE CROSSROADS: HOW TO COMBINE CHRISTIAN VALUES WITH OUR DAILY LIVES

Switching career direction to ministry from the corporate world after thirty-five years brought Bruce to a crossroads in his life. How to serve his two passions; Jesus and Christian values. It’s here that Dr. Hartman believes he had no choice, and he followed the path that God had laid out for him – he returned to school and completed his Master of Divinity degree, graduating in 2013 and earning the Daniel P. Kidder Award for the highest GPA in Pastoral Care. Dr. Hartman received his Doctorate degree in May 2018.

He is not a traditional minister, but his unique blend of strategic acumen, combined with his belief in the Christian principles of integrity, has put him in a position where he can help people thrive in the modern marketplace and in daily life. This has led Bruce to formalize his belief that there is a way to advance Christian values without having to compromise our intended purpose or personal integrity. Simply, we should all “Be the Gospel” in all that we do, including our work lives.

Self-Worth Is More Important Than Net-Worth!

The advice Dr. Hartman offers has a central tenet: “Self-worth is more important than net worth!” He shows people and businesses he counsels how to thrive as Christians in their daily lives.

An active nonprofit board member, Dr. Hartman has served as president and chairman of the board for A Future with Hope, a nonprofit committed to helping New Jersey families rebuild homes destroyed by Hurricane Sandy. He also served on the board of Street Squash, providing academic enrichment programs for urban youth, and most recently was elected to the board of trustees for Theil College. Dr. Hartman is now a board member of the United Methodist Development Fund.

Dr. Hartman remains committed to exploring and sharing the benefits of the intersection of Christianity and leadership.

He lives in North Carolina with his wife Connie and enjoys spending time with his four daughters.

What People are saying about Dr. Hartman

I worked closely with Bruce for over five years when I was at Arthur Andersen and managed the outsourced Internal Audit function.

Bruce is a remarkable senior executive. He engineered a transformation at Footlocker that saved the company. He is hyper focused on the key business priorities and brings creativity, problem solving, and leadership to the job. He manages with the highest ethical standards.

I have known Bruce for 15 years, having done work for him as an outside consultant numerous times over that period. Bruce is a very intelligent and decisive executive who is excellent at reading people’s strengths, weaknesses and skills. As a result he has been able to get the most out of people who work for him. He has served as a mentor to many people who have gone on to excel in executive positions. Bruce has a broad and deep knowledge of business in general and, more specifically, of the companies he worked for, and fully understands the interdependence across functions He has been a driving force in several turnarounds or corporate transformations. His single minded focus and his will to execute have made him an effective and successful executive.

An extremely effective leader who excels at organizational development and motivating his Team. Bruce is the best retail change agent I’ve ever seen. He was the primary reason Foot Locker (then Woolworth) was able to avoid bankruptcy and develop into an investment grade retailer within 5 years. He has exceptional drive and work ethic, and a strong desire to excel. Bruce is quite simply a winner, and there isn’t a better person to turn around a business, or drive one to the next level of performance than Bruce Hartman.

With this book, Bruce is successfully integrating his life as a business person with his faith training. The stories represented testify how faith in Christ can guide, sustain and redeem individuals in the Marketplace.

This book represents a different and practical view of the purpose of Christ. It creates a model for people, largely ignored by the church, on how to survive and thrive in the marketplace.

Bruce is a wise man with a warm heart.

Bruce is an amazing life mentor. I have been lucky enough to learn from Bruce for five years now in every discipline from private life to my career. He has a distinct way of balancing building one’s enthusiasm with teaching the importance of quantitative analysis and due diligence. He is a wholistic visionary and master detail examiner, an expert at every level of business from processing raw numbers to understanding the social impacts of business decisions. I am honored to have Bruce as a close friend and teacher. Anyone would be lucky to have a chance to learn from Bruce.

Bruce is among the most insightful and innovative executives I have worked under. He was a key leader of the turnaround at Foot Locker. He drives innovation, challenges the team to think harder to generate ideas and provides the leadership to execute the plan. He has played a significant role in the development of many executive’s careers over the years, including mine.

Bruce Hartman is truly a well balanced senior executive. There’s never a dull moment with Bruce around as he draws from his in-depth technical knowledge and years of hands-on operational experience to drive strategic thinking and change within an organization.

Bruce was able to clearly articulate our mission and continuously inspired us to achieve more by empowering his teams. This built strong teams that effectively worked business challenges.

A Mentor is someone who has achieved the success that you want…someone who can help lead the way, encourage and push you beyond what you thought you were capable of doing. For me, that was Bruce Hartman and I thank him for the wonderful journey and wish him the best.

Bruce is one of the brightest financial executives I have worked with. He was excellent at driving productivity improvement programs and cash optimization strategies. He was also an experienced change agent, who helped drive a positive transformation of Yankee Candle.

Bruce Hartman is a unique individual with a creative and innovative approach to getting things accomplished. Surgical in his approach to ascertaining the issues surrounding opportunities and any roadblocks standing in the way of progress. Possessing a tireless dedication to building an organization with sound fundamentals and ensuring the proper talent is brought to the process.

The access to the best and brightest professionals in his network allowed our firm to revamp the operations from a disconnected global operation into a unified global firm. Unifying the finance departments into a Global Team in the areas of IT, Treasury. Tax and Finance by creating uniform reporting platforms and systems, centralized global cash management and a tax reformation that resulted in significant reductions to the global effective tax rate all had the effect of substantial increases in shareholder value.

Bruce’s experience in transformation from a privately held firm to a public foreign owned entity was invaluable. No matter the issue a plan was devised, a time table was set, the resources were made available and the support in accomplishing same was continuous and unwavering.

I close with the highest personal recommendation of Bruce Hartman’s professional skills.

Bruce was a very unique and strategic leader who inspired not only his team but also his external business partners. I have known him since 1997 when we first met and discussed the importance of strategic recruitment, leadership profile and succession planning. From there, we built a strong partnership and business relationship that has continued to the present.

I always respected Bruce’s vision, his ability to lead people to higher levels of performance that they might not have believed they could do and his great intuition and decision making around significant business issues. As his key external recruiting vendor at Foot Locker, he involved me in his overall business, strategic goals and made sure I was given access to all hiring managers in order to best understand the needs of the business and the culture of the company.

Lastly, the mark of any great leader is the scorecard of people that he nurtured, promoted and helped along the way. I can think of no less than a dozen executives that he directly managed and mentored who have gone on to signficant executive positions in other retail companies.

I highly recommend Bruce, and am very fortunate to have worked with him as he has been a major role model and positive influence to me.

Bruce is one of the most dynamic and passionate executives I’ve encountered in my career. His passion to drive change and rally the team is contagious. He is intelligent and has a broad knowledge base which provides him the capacity to rapidly discern the pertinent points and make quick decisions.

He is highly supportive of his teams and is always available to give counsel and direction. He quickly removes barriers which makes the team drive for results rapidly. He communicates clearly and his actions are decisive. There is never a doubt about Bruce’s position on a subject, which keeps the team focused on the most important tasks and eliminates a lot of wasted, inefficient efforts. Bruce always takes responsibility for his decisions and actions, and supports his team which makes the team very loyal.

Bruce is a strategic executive who can help any organization quickly drive change and increase share holder equity.

Bruce is one of the brightest retail and business minds that I have been associated with in the 30+ years of my professional experience. Excellent skill set in putting together business plans and the discipline to insure that the plan is carried out, achieving excellent results that are above expectations.

I was hired by Bruce one year out of college, as a financial analyst, into a company that within 6 months started to spiral downwards due to a very challenging economy. To say I was green is an understatement. However, that job was one of the best of my career. Through Bruce’s management – and constant guidance – I learned the importance of planning and how to be a focused. He taught me what it meant to really work hard…and he always worked harder than anyone. I learned from Bruce how to give people a chance to rise to the occasion and shine. And, I learned from Bruce the value of being left brained – right brain balanced. Through it all, Bruce remained upbeat and patient. He gave me a great foundation that has served me well through the years. And, in my bones, what is now 30 years ago, I knew he would be a very successful retailer. I am fortunate to have worked with Bruce.